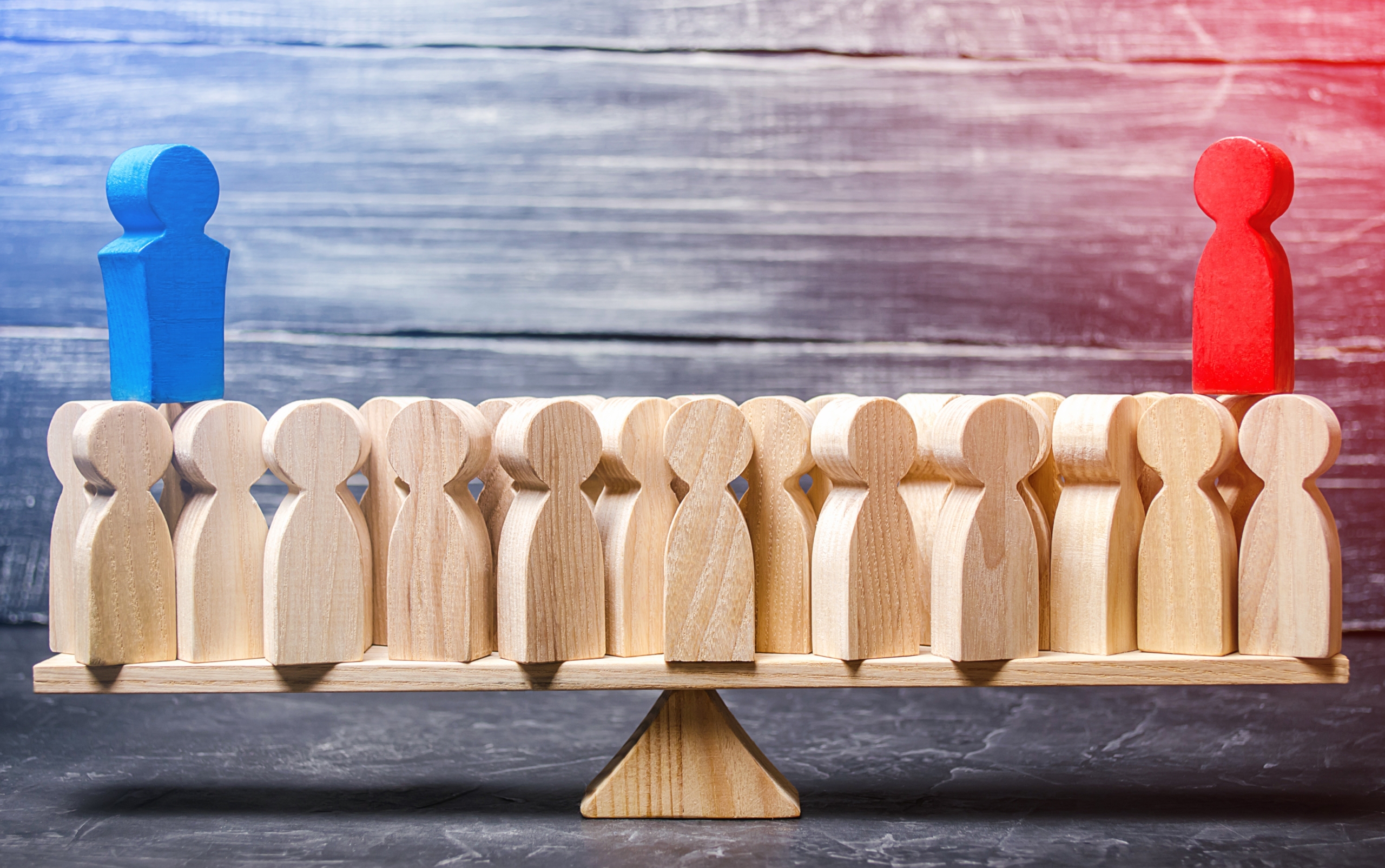 Who Won The Vice-Presidential Debate

After last week’s presidential debate,  a truly unique episode in a polarized nation, most of us agreed that whatever we were seeing, it just wasn’t right for our country. Last night’s vice-presidential debate achieved the opposite. It turned everybody back to their corners. And how you viewed the outcome depends mostly on who you follow.

To analyze in detail the outcome of the debate, we performed an in-depth analysis of the tweets related to the discussion, and we mainly investigated the hashtags used by each party:

We performed a 10,000 tweets search for each hashtag, and we found the following results:

And for the Republican vice-president we have the following results:

If we compare these results, we can easily detect that Pence received more likes than Kamala (8,000 for Pence vs. 4,000 for Kamala) and, in general, a higher engagement rate. However, Biden’s vice-presidential candidate had a more considerable impact and reach, with 33 million impressions and almost 20 million total reach.

If we compare both timelines, it’s easy to spot a higher engagement rate on
#PenceWonTheDebate. 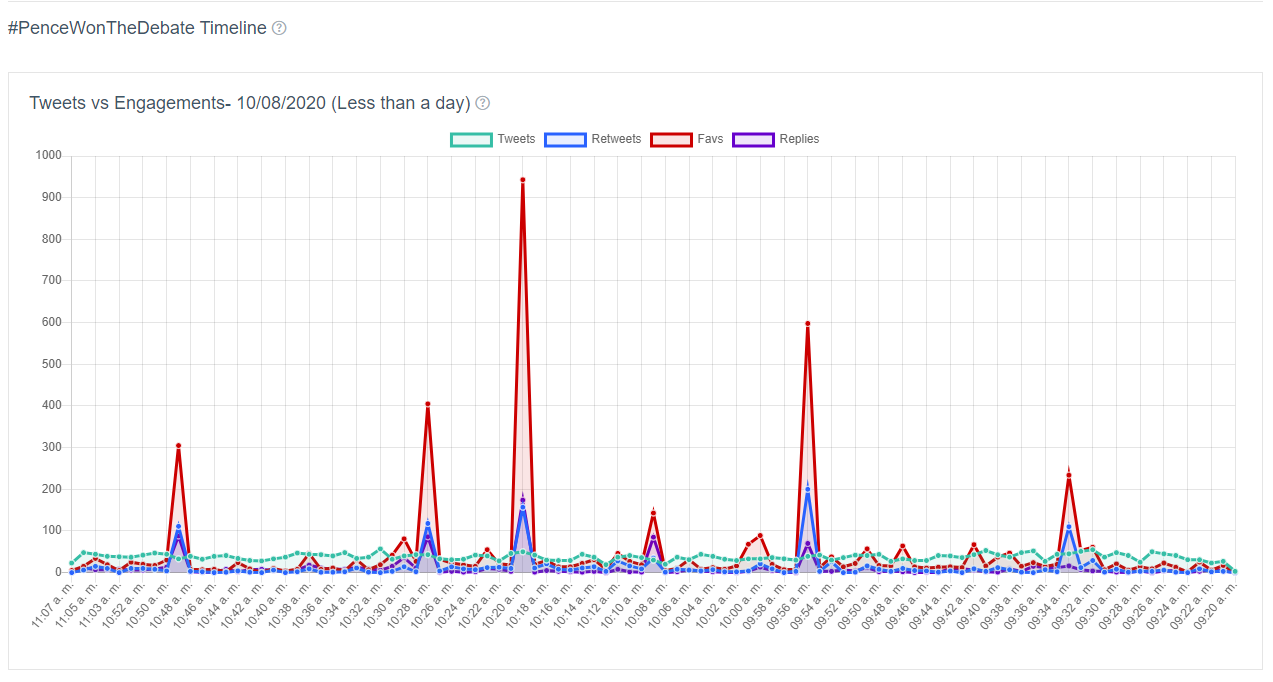 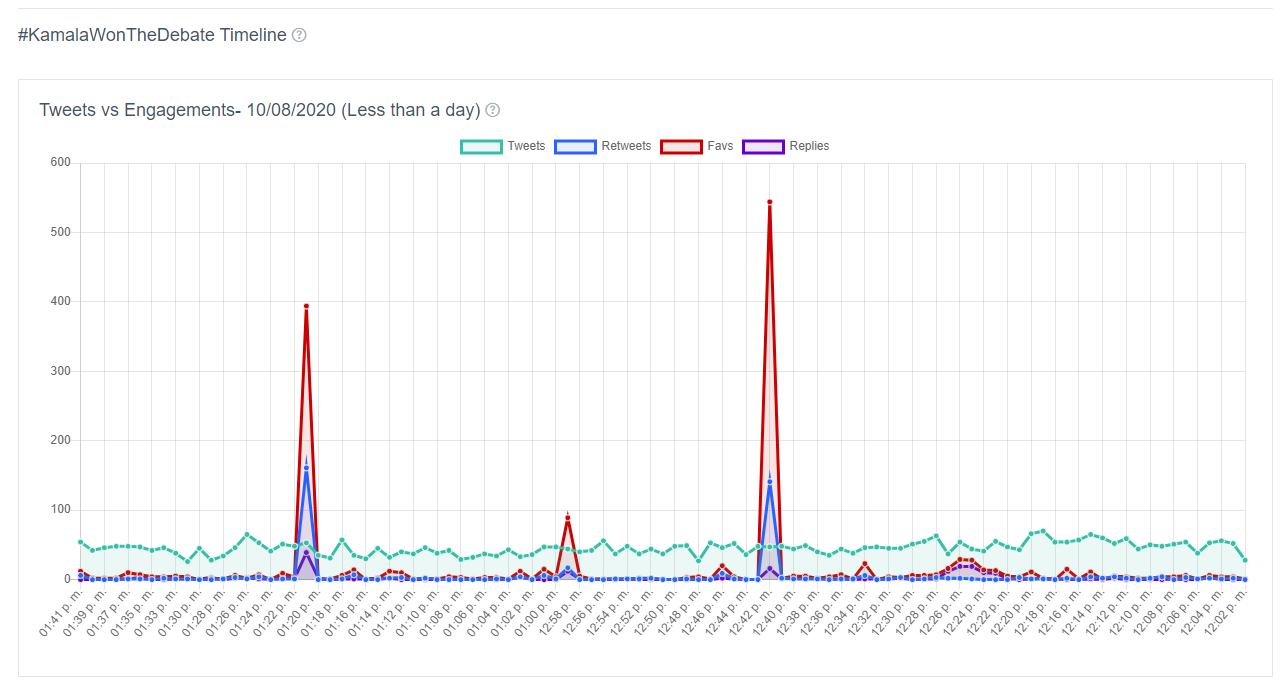 On the other hand, the impression’s charts will confirm that Kamala had a higher impact.

If we analyze even further, we can take a look at each corner’s influencers.

For Senator Kamala Harris we found @TheDemCoalition as a top influencer within the sampled 10,000 tweets. 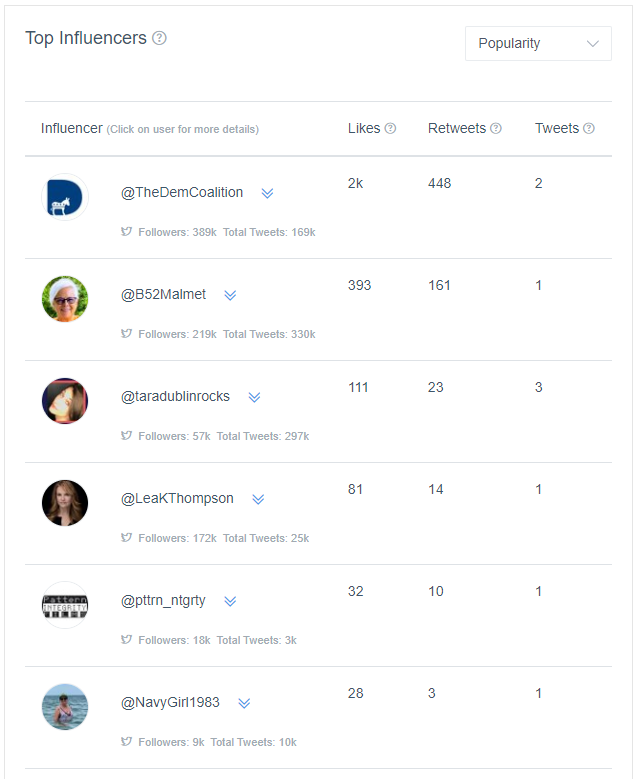 The user @TheDemCoalition had a massive contribution with 48.33% of the retweets, and 48% of the likes including the trending hashtag #KamalaWonTheDebate. 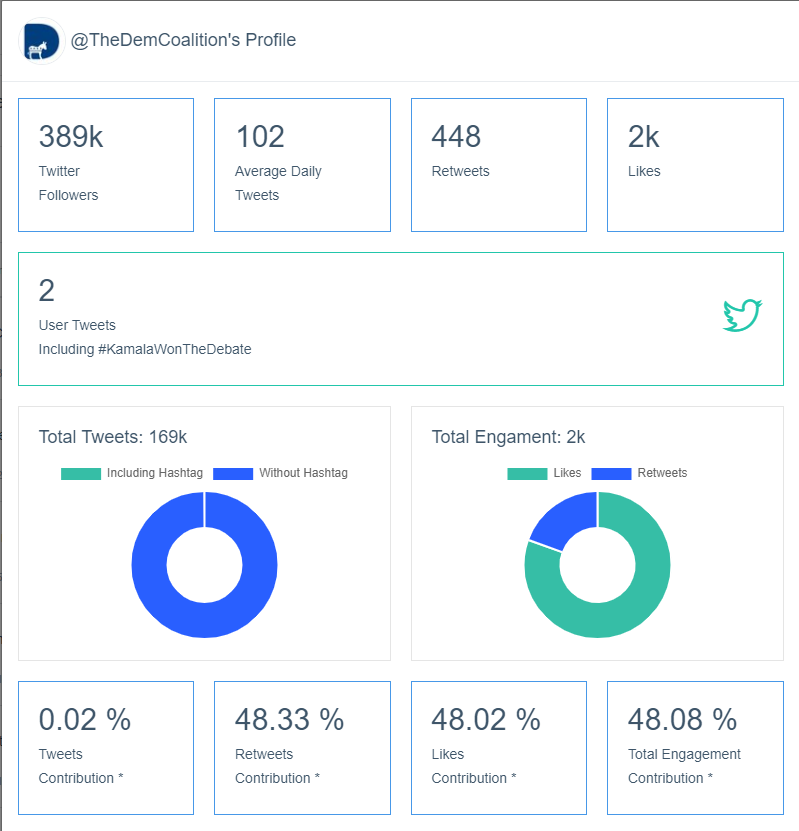 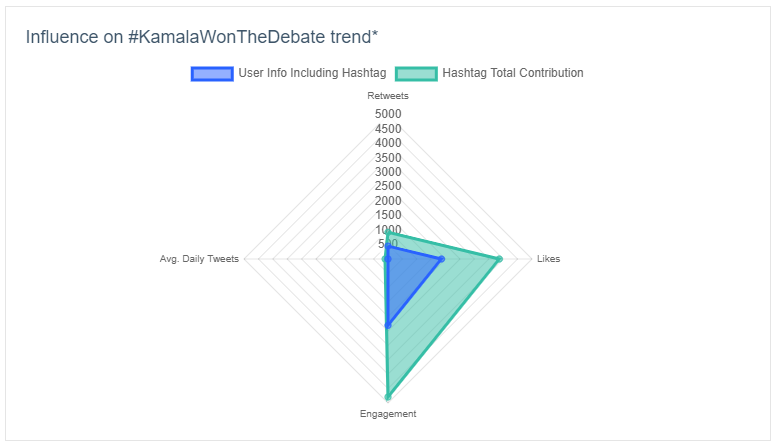 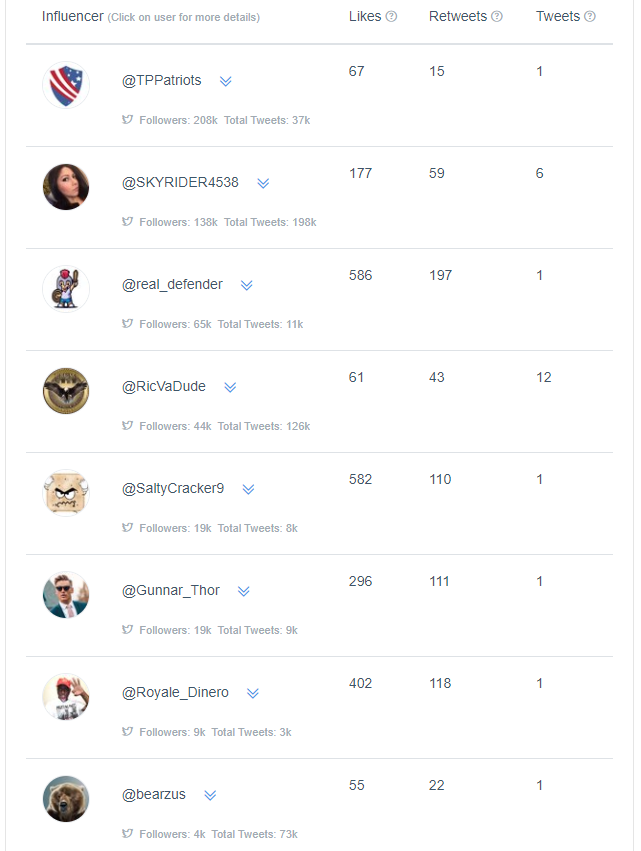 However, the influencers with a higher number of followers don’t have a significant engagement. In fact, @TPPatriots had a relatively small contribution: 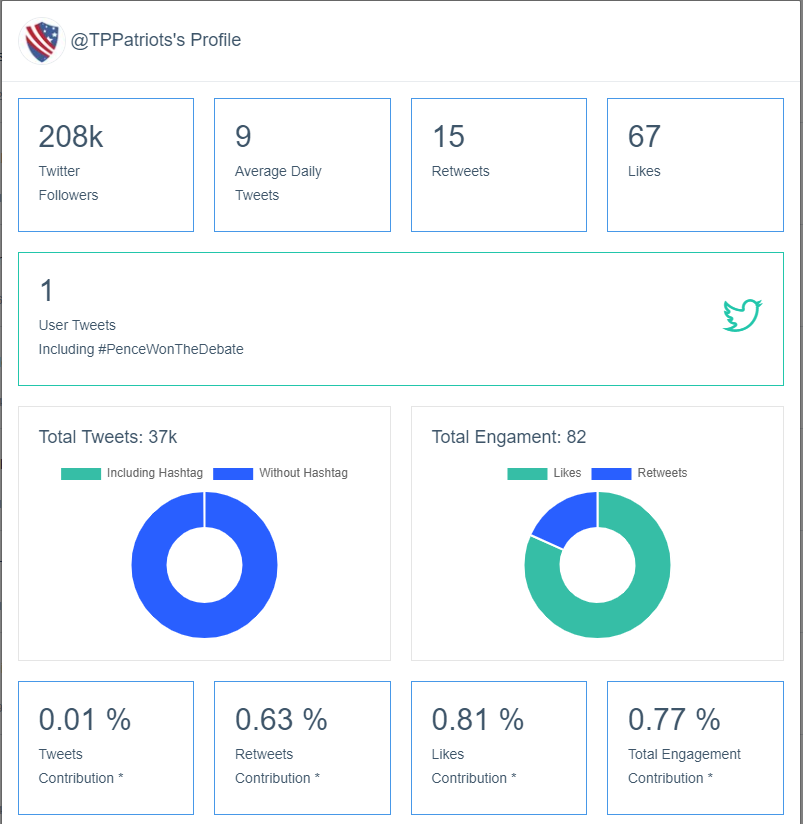 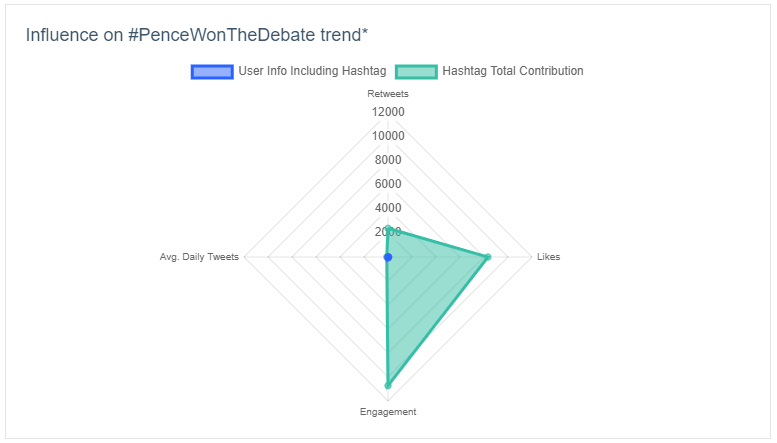 The influencer with the highest engagement rate on #PenceWonTheDebate is @Kaymina6 with 824 likes and 99 retweets, followed by @real_defender with 586 likes and 197 retweets.

Let’s take a closer look at @Kaymina6; this twitter user has only 12 followers. However, the tweets from this account received 99 retweets and 824 likes. This is due to the popularity of the hashtag itself and not due to a strong influence generated by the user account.

The next set of influencers on the list, @SaltyCracker9, @Royale_Dinero, and @Gunnar_Thor, are pro #PenceWonTheDebate. However, these have a significantly lower impact. 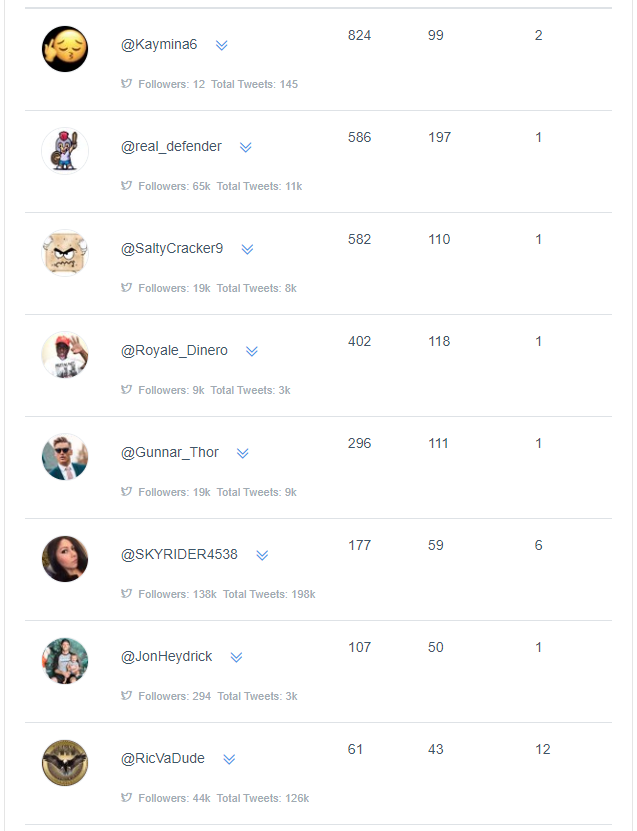 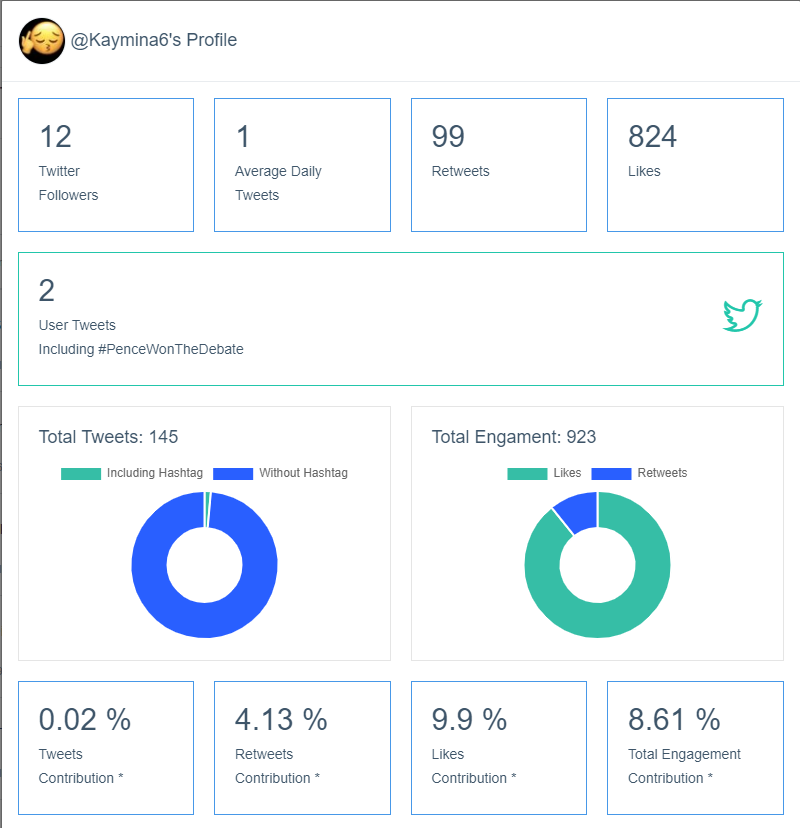 Continuing our data analysis journey, we find the following tag cloud for #PenceWonTheDebate:

The tag cloud created around #KamalaWonTheDebate shows a huge #BidenHarris2020.

If we have a quick look at the top images included on tweets with the hashtag #PenceWonTheDebate, we find these images are actually against Pence.

Especially the images including  “the fly.”

Although both candidates proved themselves more civil than the first presidential debate, and they came out very close. The higher negative sentiment engagement of the trending topic #PenceWonTheDebate, the strong correlation with #KamalaWonTheDebate, and the higher impact and reach of Ms. Harris seem to incline the balance towards the democrats.

Ready to measure your impact?